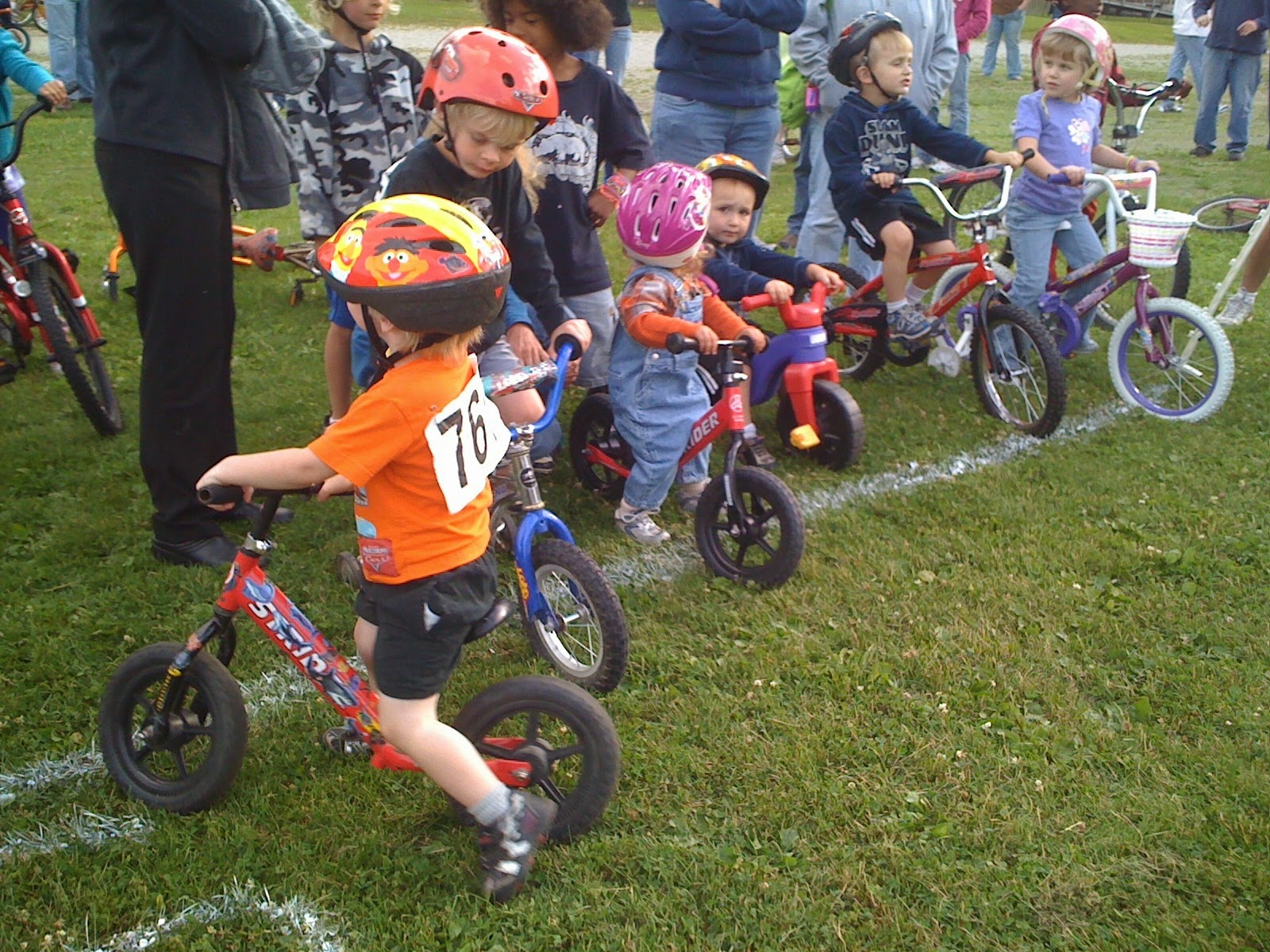 Seven brave racers turned up on June 13th for a cold and wet round three of racing and though few in number they had great fun. The racers taking particular delight in riding through the large puddles on the course.